END_OF_DOCUMENT_TOKEN_TO_BE_REPLACED

An informal evening on the beach where nationally renowned chefs play with fire as they grill, roast, broil, steam and barbeque all things MEAT. Cocktails, Brews and Wine keep the night going as we celebrate the Carnivore inside us.

END_OF_DOCUMENT_TOKEN_TO_BE_REPLACED 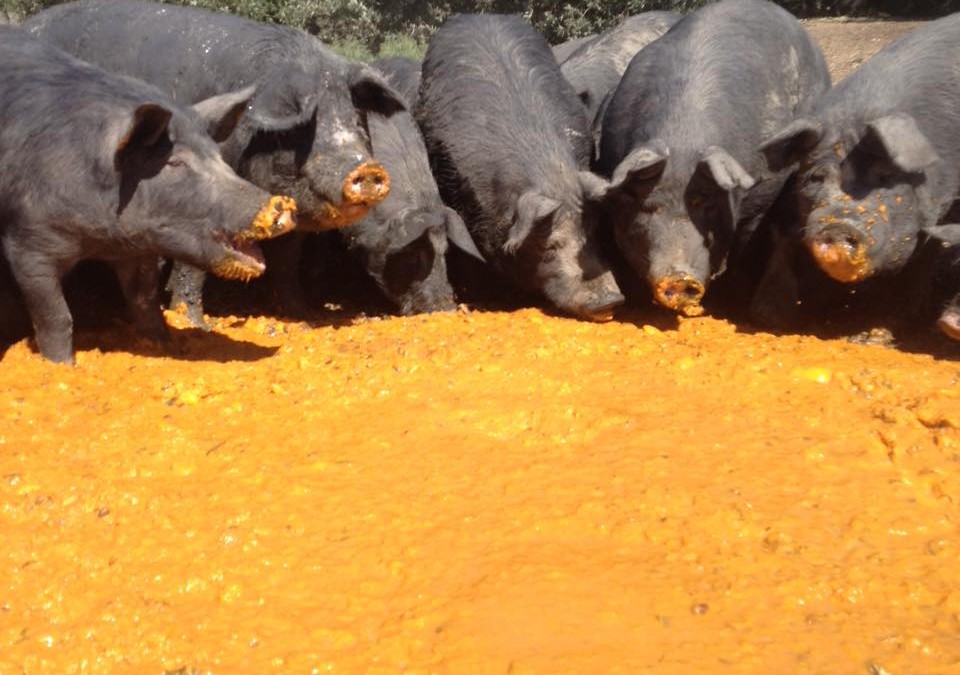 What Do Pigs Eat?

END_OF_DOCUMENT_TOKEN_TO_BE_REPLACED 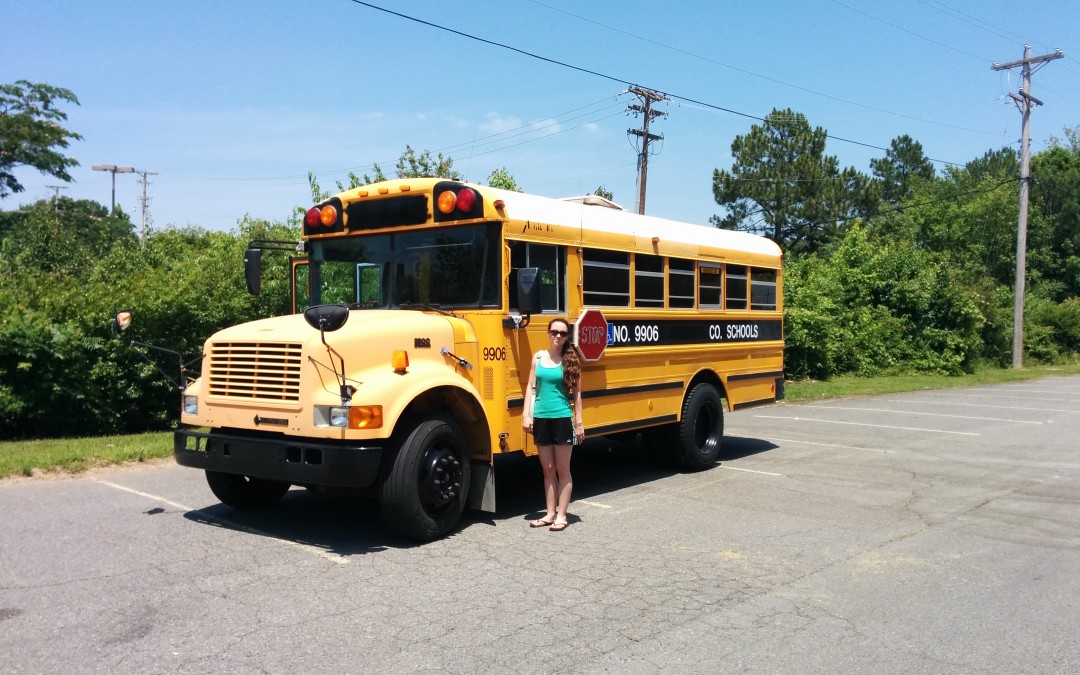 Our pickup truck turned 30 this year and is showing it’s age, so we started looking for a suitable truck to replace it, one where we could add small freezers and solar panels. We decided on a bus. We found the perfect bus in Kentucky. School buses tend to be well maintained and affordable: a good investment. Additionally, this bus has a handicap lift to move the freezers and had maintenance checks every 20 days throughout it’s previous career. What better way time to spend time with your kids than to go across country in a bus?... END_OF_DOCUMENT_TOKEN_TO_BE_REPLACED

We were taught that there were four flavors: sweet, salty, sour, and bitter. Now one of the buzziest new buzz words in culinary circles is all about the fifth basic taste, umami.

END_OF_DOCUMENT_TOKEN_TO_BE_REPLACED 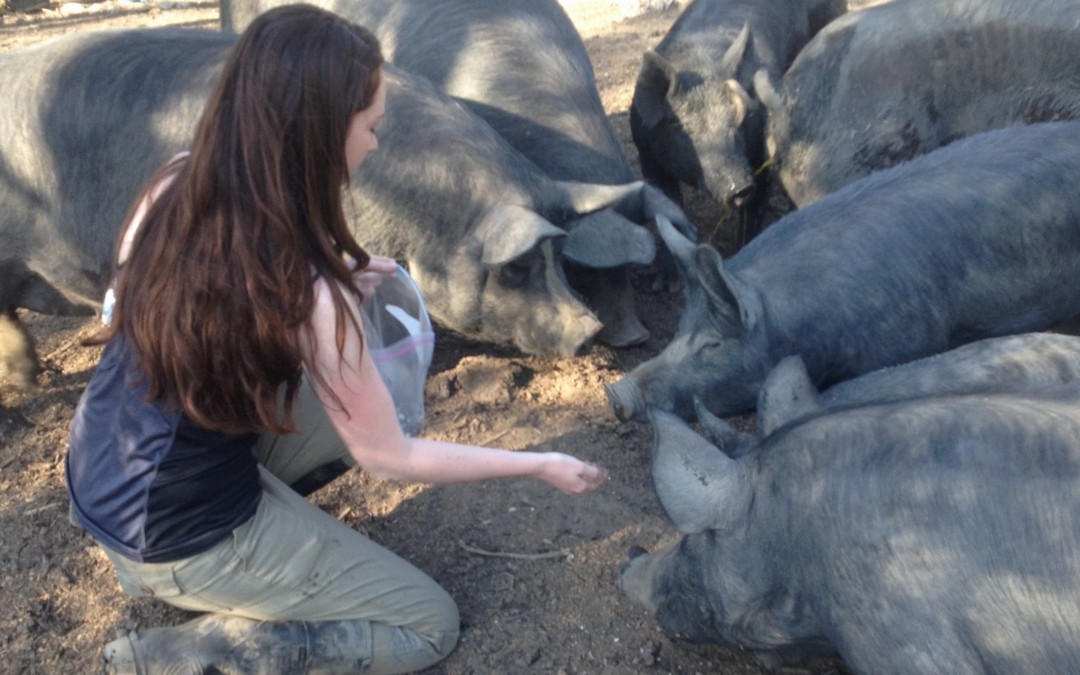 Beth is studying veterinary medicine in Edinburgh, Scotland. She flew in from Scotland and started working on our farm the very next day. The temperature reached 101 degrees F, unusually hot for us, but it didn’t bother Beth. We followed the pigs’ example of staying in the shade, but we finished off our day with bowls of ice cream instead of mud baths. We are grateful to Beth for all her help around the farm. Her primary goal during her internship was to tame some of the younger pigs who had not yet acclimated to people. She talked to them and fed them dried apricots and chocolate, and now they adore her. She also fed and watered the pigs, looked over the herd, cleaned up after them, helped us out at the farmers’ market, and wrote this: As a vet student who has completed rotations at farms across the US and the UK, I can confidently say that the high quality of animal health and welfare at California Kurobuta is exceptional. I spent a week amongst the most pampered pigs I have have ever encountered. They are free to roam extensive pastures shaded with trees and cooled with muddy ponds. Their life style is natural; ­ free of farrowing crates, unnatural confinement, antibiotic and hormone additives and many of the other health and welfare issues surrounding intensive commercial pig farming.   Not surprisingly, happy healthy pigs create incredible pork. Their lifestyle is inevitably conducive to a superior product. The Berkshire breed is known for producing top notch table meat, rich in omega 3 fatty acids and incredibly flavorful. I... END_OF_DOCUMENT_TOKEN_TO_BE_REPLACED

Pigs on the Air!

END_OF_DOCUMENT_TOKEN_TO_BE_REPLACED 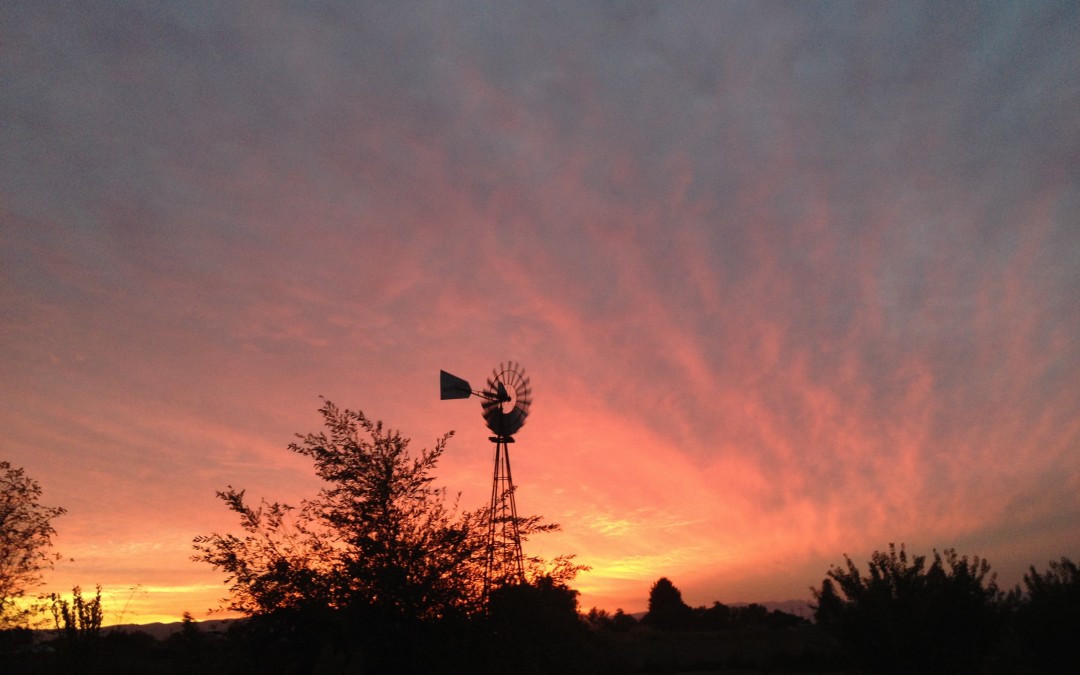 CK Pork is Off the Grid

Our entire farm is off the grid, a decision made years ago for economic reasons as well as environmental concerns. (The farm is former organic row crop acreage, far from utility poles and civilization.) The farmhouse, outbuildings and electric fencing for the pigs are powered by solar panels with battery storage. In addition, there is a small experimental wind-powered generator that “trickle” charges the batteries during stormy weather. We have a diesel generator backup for long stretches of cloudy days. The predictable prevailing afternoon winds also run the windmill that fills the water tanks. Windmills are a great example of an older technology that works splendidly under the right conditions…and it provides an enchanting sunset silhouette on the... END_OF_DOCUMENT_TOKEN_TO_BE_REPLACED

In 1998 Jack & Sara Kimmich bought 15 acres of organic farmland in rural San Benito County, California.  The entire farm is off the grid, powered by the wind and sun. The Berkshire pigs didn’t come till much later, in 2010.  They were first intended to be part of a self-sustaining family farm project, as the pig herd expanded, so did the possibilities of raising and marketing some of the most delicious pork ever tasted.  Thus was born California... END_OF_DOCUMENT_TOKEN_TO_BE_REPLACED 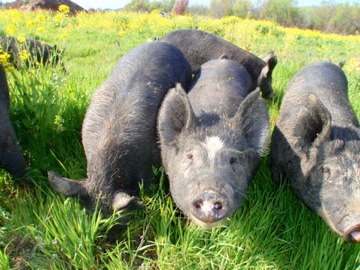 Our California Kurobuta pigs are raised exclusively in pasture and woodlands—a practice now almost unheard of in the United States because of the industrialization of agriculture. Pigs are by nature woodland animals (think truffle-hunters) and they thrive in pasture,... END_OF_DOCUMENT_TOKEN_TO_BE_REPLACED
Next Entries »